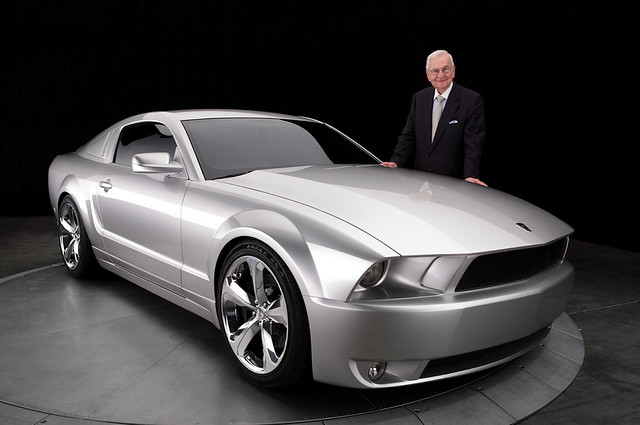 Car industry innovator, icon and champion, Lee Iacocca died July 2, at the age of 94. The man who brought us revolutionary ideas such as the minivan and the Ford Mustang has taken his final road trip.

Lido Anthony Iacocca was born in Allentown, Pennsylvania on October 15, 1924. He was born to Italian immigrant parents and would grow up to have one of the biggest impacts on the automotive industry in the last century.

A deeper look at his life reveals his enormous influence in the automotive world. He may be best known as the man that helped launch the Ford Mustang in the 1960s. He then stepped up to the plate and rescued Chrysler from near-bankruptcy in the 1980s.

Mr. Iacocca started working for Ford in 1946 and worked his way up in the company and helped define an entire segment of cars. He worked closely not only on the Ford Mustang but the decade-defining Pinto as well. He was named the president of Ford Motor Company in 1970 only to be fired in 1978. In his autobiography, Iacocca says of that time in his career, “When I finally got there, I was on top of the world. But then fate said to me: ‘Wait. We’re not finished with you. Now you’re going to find out what it feels like to get kicked off Mt. Everest!'”

Iacocca wasted no time and was hired by Chrysler the same year he was let go from Ford. Within one year he was named the company’s CEO in 1979 and quickly faced into Chrysler’s bankruptcy bailout deal with the federal government.

Apart from the car industry, Mr. Iacocca served as the Honorary National Walk America Chairman, as well as starting the Iacocca Family Foundation in memory of his late wife, Mary. President Ronald Reagan asked Mr. Iaococca to undertake a private sector fundraising effort to restore both the Statue of Liberty and Ellis Island. His efforts raised $170 million for the Ellis Island main building project.

Mr. Iacocca passed away from natural causes and complications of Parkinson’s Disease at his Bel Air home in Los Angeles, CA.